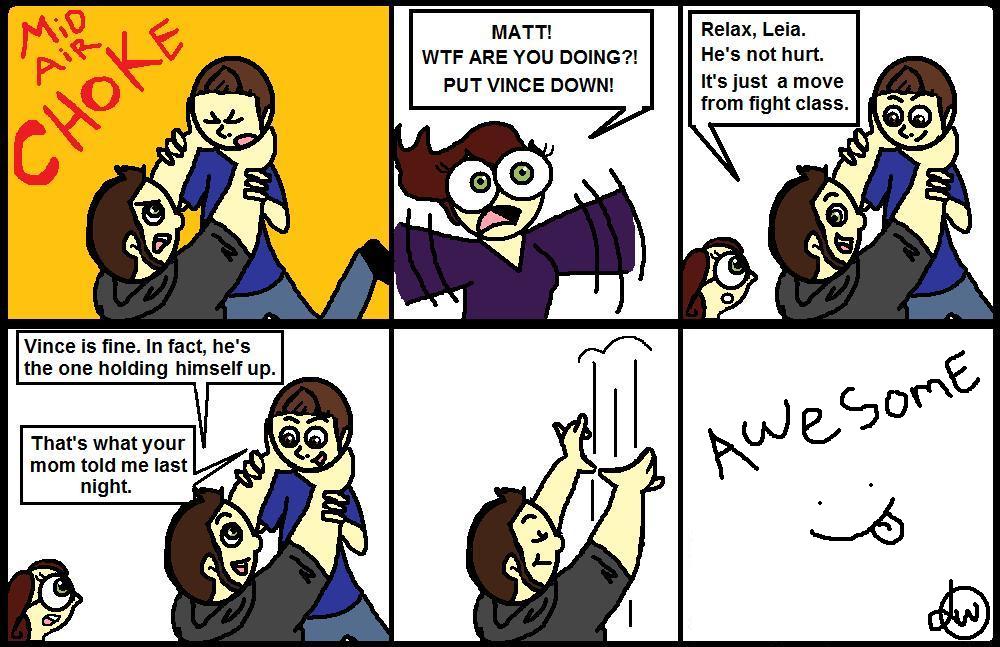 This comic is more-so of an inside joke. In theatre school we had a class in which we were taught stage fighting. It was called Fight Class. We called it fight club.
This comic is for my friends Matt and Vince...they've waited long enough.
PS: The last panel is indeed awesome, Matty.